This story, published in Wavelength on September 17, 1992, highlights the sometimes-unexpected impact of a life insurance policy. 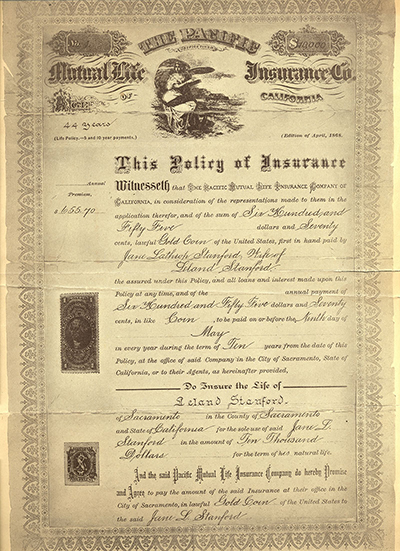 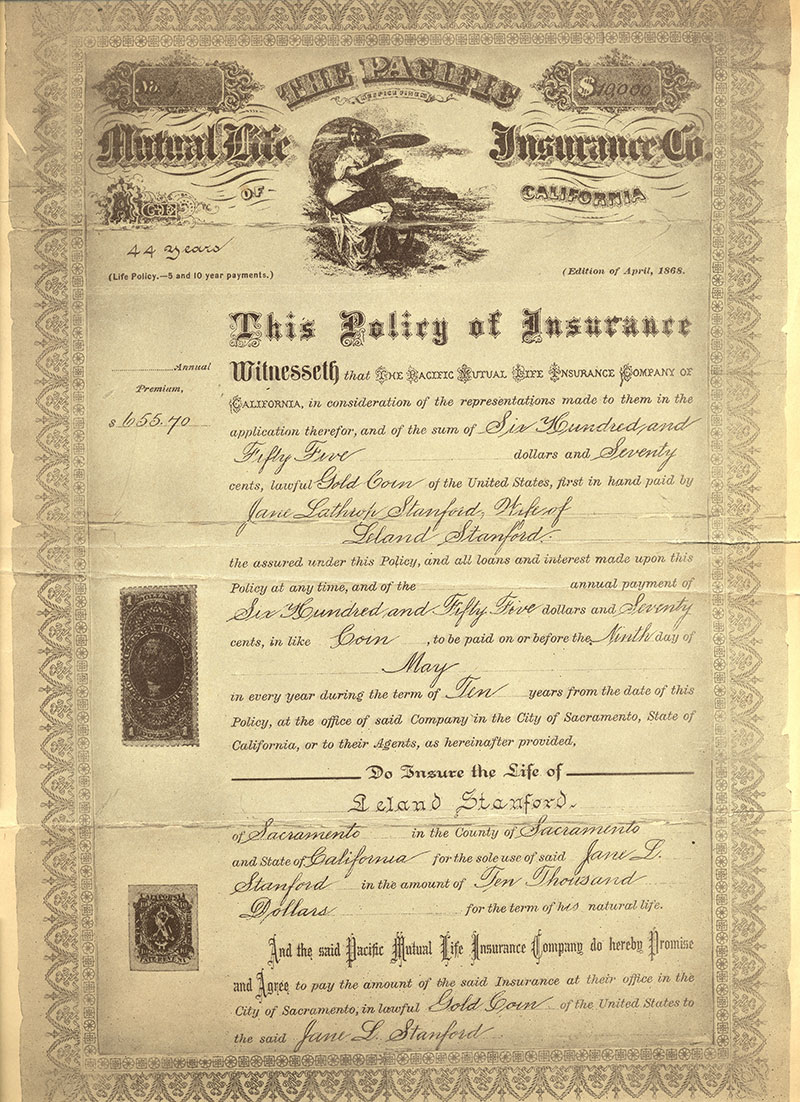 
But for that money, the doors of Leland Stanford Junior University would have been closed—perhaps forever. Who knows?" Jane Stanford


Pacific Mutual Life Insurance Policy Number 1, ceremoniously presented to Leland Stanford on May 9, 1868, was destined for its own place in the history books.

In 1891, Stanford founded Leland Stanford Junior University as a memorial to his son who died at age 15. After seeing the University through its first years, Stanford died three weeks after the 1893 commencement. Although one of the wealthiest men of his time, Stanford's "business affairs were left in a tangled state ... momentarily his estate appeared destitute of available cash."

Driven by the desire to keep the school open, Stanford's widow looked for ways to ease the school's financial burden. It was then that Pacific Mutuals's Policy Number 1 was brought to her attention. A check for $11,784 was issued, which helped the University through its temporary financial straits. In the words of Stanford's widow, "But for that money, the doors of Leland Stanford Junior University would have been closed—perhaps forever. Who knows?"


An Actuary and His Big Brass Machine

A Wild and Dangerous Country