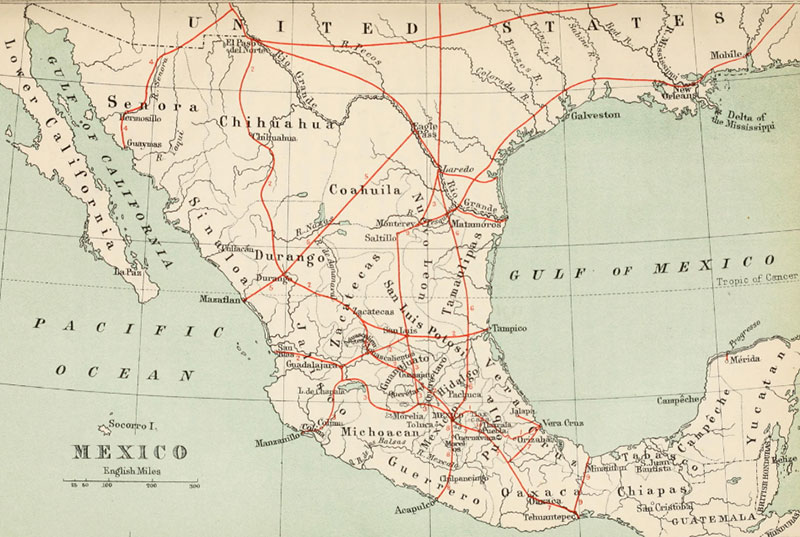 While Pacific Mutual Life Insurance Company spread across states and territories in its early years, it was also spreading across other borders—international ones.

In 1873, the company’s general agency Schreiber & Howell suggested that Pacific Life explore opportunities in Mexico. However, opening an agency on foreign soil proved to be more difficult than imagined, including travel just to get there. The two appointed agents had to go first to New York, Havana and Vera Cruz to reach Mexico City. After spending months in the field, agents had received only a few applications, and the company decided to close the struggling enterprise.

Undeterred, Pacific Mutual tried two more times to establish a long-term business in Mexico in the 1880s, but difficulties such as processing claims forced the company to pull out.

Pacific Mutual went even farther abroad when it began pursuing business in China and Japan out of an office in Hong Kong in 1885. Due to legal issues, the company never entered Japan, but applications soon began arriving from China. Soo Sun Fong became the first policyholder out of the new office. As with Mexico, the office eventually had trouble resolving claims, and business ceased shortly after George A. Moore, president of Pacific Mutual, visited in 1890 to re-evaluate the potential of the new fields. Operations in Asia would have to wait.

International ventures weren’t all a loss. Pacific Mutual decided in 1877 to send two agents from San Francisco to Hawaii, not long after a treaty with the United States guaranteed duty-free privileges for American agricultural and commercial goods. They met with immediate success.