Los Angeles was another city on the verge of a remarkable period of expansion, and Pacific Mutual was prepared to take advantage of it. 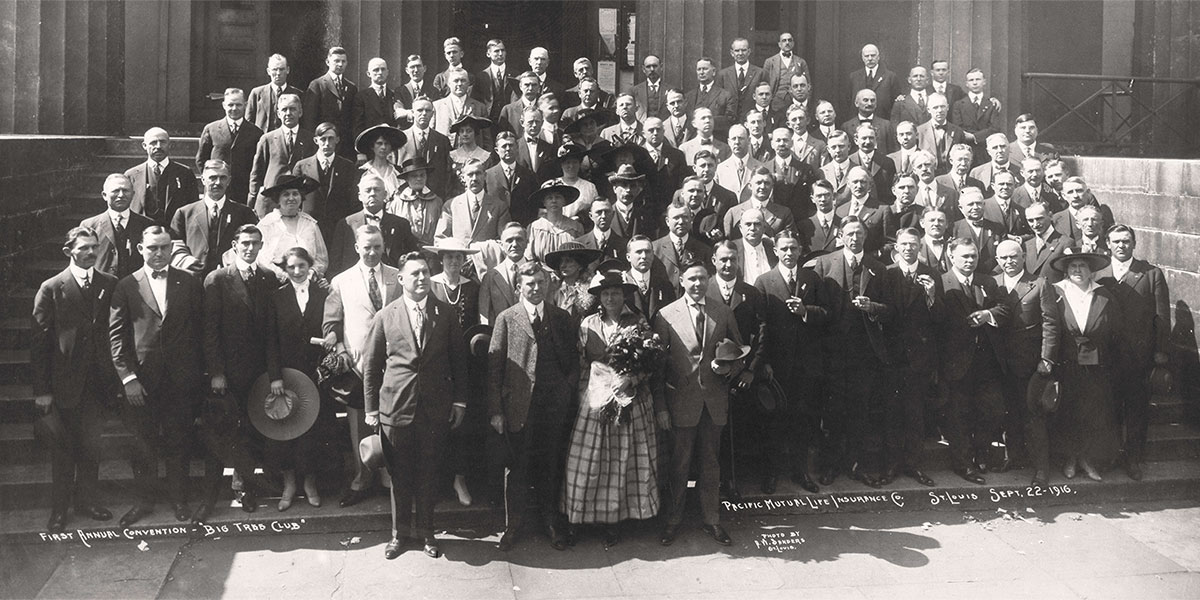 The top sales agents at Pacific Mutual formed the "Big Tree Club," which gathered in 1916 in St. Louis, Missouri, for its first convention. Pacific Life Archives 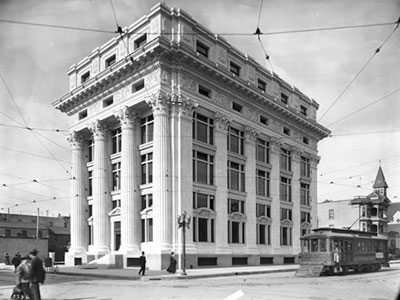 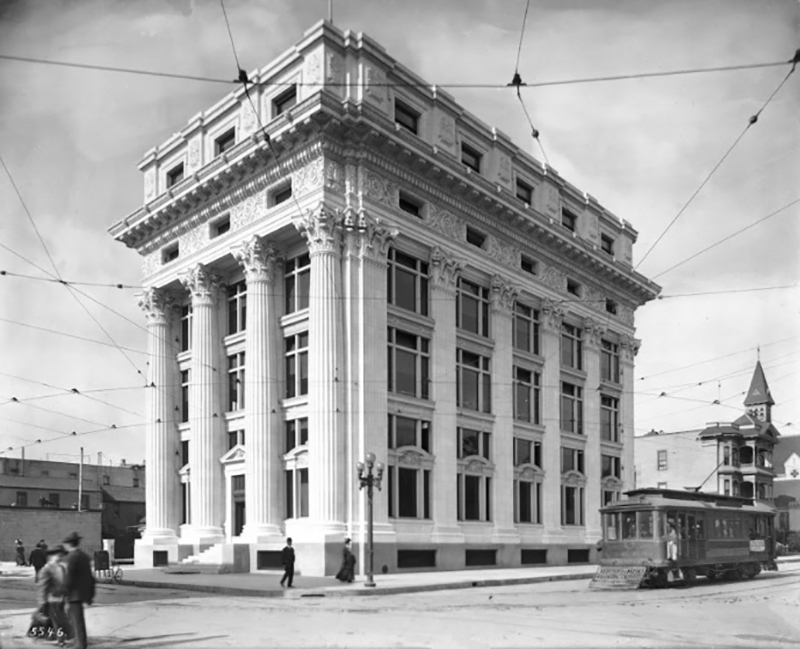 With the company’s headquarters destroyed by the 1906 San Francisco earthquake and fire, Pacific Mutual Life Insurance Company could have been on the verge of collapse. Thanks to a recent consolidation with Conservative Life, it wasn’t. Not only had the merger prompted improvements in Pacific Mutual’s San Francisco facilities and fire insurance, it had also left the company with an extra facility in Los Angeles, the former home of Conservative Life.

The L.A. office was the perfect spot to set up shop as the company waited to see what remained in its vaults. Within a few days, the temporary home office was up and running. When the board of directors met in May to decide whether or not to rebuild in San Francisco, they didn’t debate long. A vote was taken, and Pacific Mutual formally and permanently transferred to Los Angeles. George Cochran was named President soon afterward.

Los Angeles was another city on the verge of a remarkable period of expansion, and Pacific Mutual was prepared to take advantage of it. Rapid growth, through policies as well as investments, soon followed.

Part of its success could be attributed to a strong and growing agency model, driven in large part by leaders such as John Newton Russell. Russell came to Pacific Mutual from Conservative Life and over the next 24 years continued to push for better practices and training as head of the home agency. From 1906 to 1928, the company’s life insurance in force grew by more than 700 percent.

In 1914, the company established a correspondence course for all of its agents. Called the School for Salesmen, the three-month course offered training for Pacific Mutual’s agents across the country, averaging 800 students a year.

Pacific Mutual had a dependable agency leader in Russell. It also had another unique asset: its women’s department. Comprised of female agents, the department was the largest of its kind at any insurance agency by 1927. Its most successful agents regularly wrote business in excess of $100,000 annually.

Along with well-trained agents, customer-focused decisions and policies propelled the company forward. A policy that protected customers against income loss in case of injury, illness, prolonged disability, old age and death was introduced in 1916. Advertised with the slogan “It Pays 5 Ways,” the policy an immense success.

When the United States entered World War I, Pacific Mutual declared it would not alter any policies in place by February 1917 for those called to serve their country. Between the war and the severe influenza epidemic that followed, Pacific Mutual experienced the worst mortality rates in its history was in 1918. It kept its word though, and paid out in full each policy on the lives of servicemembers.

That same year, Pacific Mutual also began offering a policy that would ultimately change the course of the entire company: the non-cancellable disability income policy. The policy was “not subject to cancellation before age sixty is reached regardless of the policyowner’s physical condition.”

Policyholders and agents couldn’t get enough of the non-cancellable policy, the first of its kind in the United States. Pacific Mutual had to make some adjustments to the policy along the way, but overall it seemed to be a winner for the organization.

However, when the stock market crashed on October 29, 1929, the world as Pacific Mutual knew it quickly changed.


Now Broadcasting "Builders of the West"

Family as the Recipe for Success

The Apple Doesn't Fall from the (Big) Tree

Failure Not an Option

They Never Met, But Miss Jones Was Part of the Family