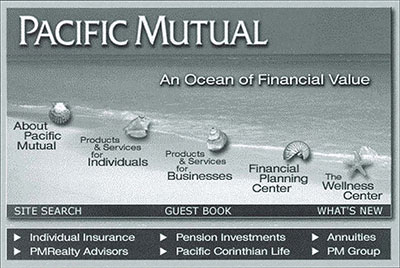 The company gave employees a sneak peek at its new website in the October Wavelengths magazine. Pacific Life Archives 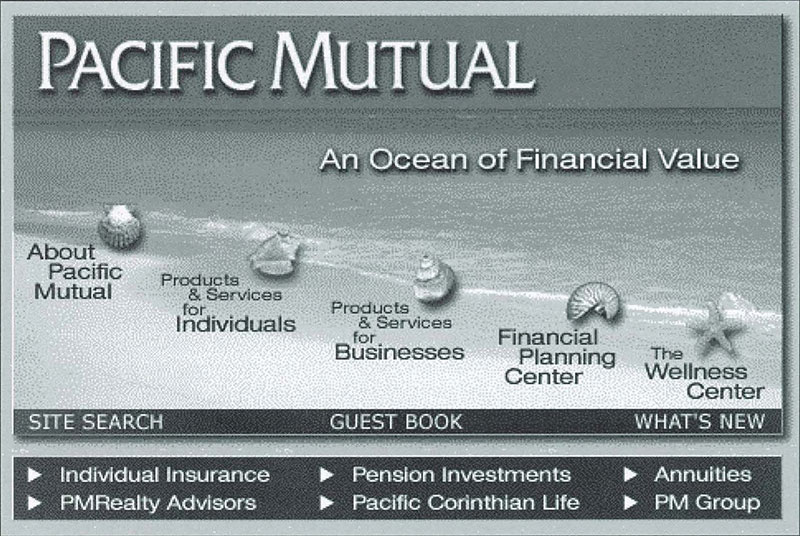 The company gave employees a sneak peek at its new website in the October Wavelengths magazine.
Pacific Life Archives


As Pacific Mutual was diversifying its business and investments in the 1990s, a structural shift was occurring in parts of the insurance industry. Mutual companies were converting into public companies and selling stock in order to access capital.

Pacific Mutual, however, saw another way.

The company’s leadership wanted to continue to focus on long-term strategy and benefits to policyholders versus short-term returns to stockholders. They also wanted the flexibility to seek outside funding if necessary. Their answer lay in a new structure, the mutual holding company, appearing in states such as Iowa and Missouri. It allowed a mutual company to maintain its policyholder ownership, while setting up a separate entity above it that could access outside funding. The only problem was that California had not passed legislation yet permitting the structure.

The company began working with the legislature and the state’s Department of Insurance, and in 1996 the law passed, allowing mutual holding companies to form in California. Pacific Mutual then began the process of altering its structure, meeting with regulators and engaging the public and policyholders. On September 1, 1997, its new structure became official.

Not much changed at Pacific Life. The company had no immediate need to access the markets. It was simply preparing for the possibility in the future.

A new structure though meant a new name, Pacific Life, and a new advertising campaign to announce the change. The company also had the chance to introduce the new brand identity it had been working on.

The company was well known among financial professionals and in niche markets, but it had struggled with broader brand visibility. Focus groups showed that people knew competitors because of their icons: the stag of The Hartford, the signature of John Hancock, the rock of Prudential.

Pacific Life’s infinity symbol did not have the same effect. As the company built a new holding structure, its leaders decided that it was a good time to rebrand.

Drawing inspiration from “Pacific,” the company began testing new identities. Two top picks emerged: a sailboat and a humpback whale. The choice was simple. The sailboat was traditional and was used by other companies; the humpback whale was unique, majestic, awe-inspiring.

The ad “Whales” debuted on September 15, 1997, on cable television stations such as A&E and CNN. In 1999, Pacific Life introduced a new logo as well, and brand recognition ticked upward.

Thanks to the emerging World Wide Web, Pacific Life’s branding, products and producers got unprecedented public exposure. Pacific Mutual launched a website in the mid-1990s. The Annuities and Life Insurance Divisions launched separate websites in the late 1990s to help producers and broker-dealers sell Pacific Life products with easier access to materials, as well as the ability to conduct business electronically. The PM Group Health Division, meanwhile, rebranded as Pacific Life & Annuity to coincide with its 50th anniversary as a division in 1999.

At the start of the new millennium, Pacific Life was prepared to face the future with a structure that provided flexibility and a sustained commitment to keep customers at the center of its business model. In the 2000s, Pacific Life would test just how far it could go.

Pacific Mutual had become Pacific Life, complete with a structure that gave it the strength to grow. Find out where that growth led the company in the next installment of the series, Moving on Up.


Life in the HOV Lane

Pacific Life and the United Way: "They Have their Finger on the Pulse"

The company gave employees a sneak peek at its new website in the October Wavelengths magazine. Pacific Life Archives

The company gave employees a sneak peek at its new website in the October Wavelengths magazine.
Pacific Life Archives