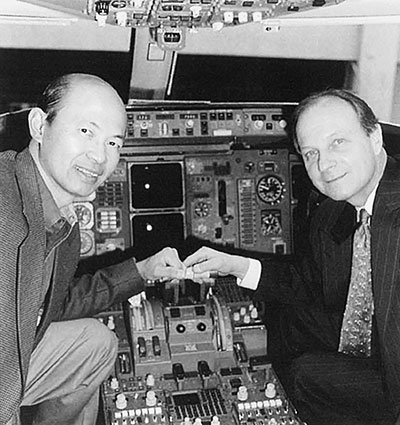 Khanh Tran with R. Stephen Hannahs, one of the founders of ACG, c. 2000. Pacific Life 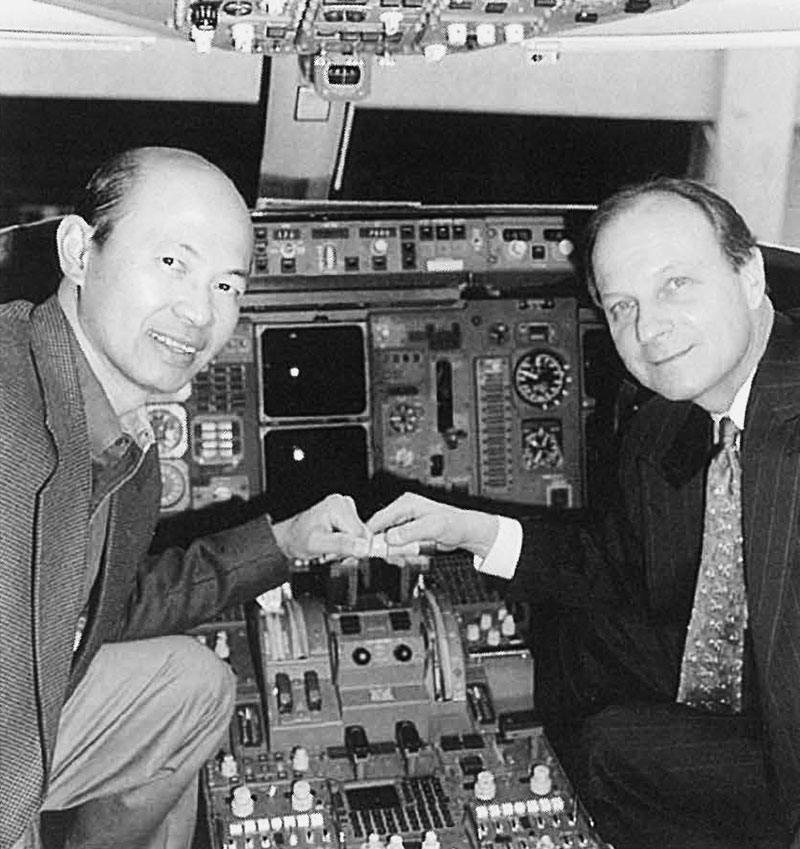 Khanh Tran with R. Stephen Hannahs, one of the founders of ACG, c. 2000.
Pacific Life


In the mid-1990s, Pacific Mutual SVP and Chief Financial Officer, Khanh Tran was exploring new investment opportunities. The company was going to realize significant funds from its stake in PIMCO, a former subsidiary it had just spun off. Where would that capital go?

The company decided to make an initial investment of $5 million in Aviation Capital Group (ACG), a commercial aircraft leasing entity formed in 1989. Many insurance companies invest in aviation bonds, but this was a chance to invest in managing airplanes. Airlines often prefer to lease planes rather than buy them, and the percentage of leased versus owned aircraft in the industry was growing.

At the time of Pacific Mutual’s initial investment in 1996, ACG had six aircraft. The investment proved successful, and over the next decade, Pacific Life continued to invest in ACG until it became a wholly owned subsidiary in 2005.

That same year, ACG became one of the top aircraft leasing companies in the world with its purchase of Boullioun Aviation Services, which doubled the size of the company.

Today, ACG has more than 400 aircraft in its fleet and more than $1 billion in revenues. Population growth and people’s ability to travel for pleasure and business are increasing demand for aircraft, said Tran, who is now CEO of ACG. And that, he believes, is going to continue to open opportunities for ACG to expand its portfolio in creative ways.

Good Guys to the Rescue

The Four and a Half Second Miracle

Khanh Tran with R. Stephen Hannahs, one of the founders of ACG, c. 2000. Pacific Life

Khanh Tran with R. Stephen Hannahs, one of the founders of ACG, c. 2000.
Pacific Life